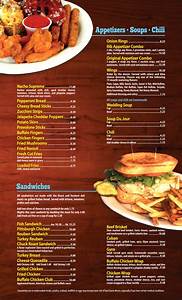 The next time you dine out, take a good look at the menu options. You may find a few favorites missing thanks to COVID-19. Whether gaps in the supply chain or trims in the workforce, the virus-born experiment of modified operations has restaurants scrutinizing menus for what makes (fiscal) sense and what does not.

Examples: McDonald’s “all-day breakfast” – implemented in 2015 and an immediate success – retreated to morning hours shortly after the virus exploded. Drive-thru wait times promptly decreased – by an average of 25 seconds – so the change may be permanent. Outback Steakhouse axed its wedge salad and French onion soup, favoring fewer appetizers with faster production.  Before you know it Outback may offer steaks, potatoes, and nothing else.

Subtle menu changes like these got me thinking about restaurants closing their doors for good.  At some point all of them go to their graves.  Maybe this is the beginning of the end for McDonald’s and Outback.  Maybe ten years from now we’ll look back and wonder what brought on their respective demises.  I know I would, which brings me to the real topic of this post: what happened to the eateries of my youth and why are most of them now defunct?  Here then, a eulogy of my more memorable ones:

Someday soon (soon) we’ll be able to say we’re “post-pandemic” but by then it’s predicted thirty percent of our restaurants will have closed.  I’ll pray for those restaurants to R.I.P. as well, but not without another deserving eulogy.

Some content sourced from the 6/27/20 Wall Street Journal article, “Why the American Consumer Has Fewer Choices – Maybe for Good”, and Wikipedia, “the free encyclopedia”.