When my childhood sweet tooth took its toll so many years ago, I just about lived in the dentist’s chair getting cavities filled. Anesthetics weren’t as effective as what we have today so those drill sessions were miserable. The only upside was the shelf of free toys my dentist teased beforehand, “dangling the carrot” to get me to sit still. Now, starting Monday, Krispy Kreme is taking the same approach to entice COVID-19 vaccinations.

“Free doughnuts” – who doesn’t like the sound of that?  Even if you’re more of a Dunkin’ fan, the allure of anyone’s free doughnuts is undeniable.  As long as you show proof of a COVID-19 vaccination, you can get a free doughnut at Krispy Kreme every day for the remainder of 2021.  Heck, that’s enough incentive to permanently adjust the morning commute.  But not enough to get the vaccine.

I’m a huge fan of the Krispy Kreme “yeast doughnut”.  The original glazed version is light and airy and goes down so easy you could inhale a dozen in one sitting.  In fact, I’ve almost done just that.  My wife and I were driving to the airport with friends a few years ago, bound for Las Vegas.  We passed a Krispy Kreme store, checked our watches, and mad-dashed a U-turn so we could grab a few doughnuts for breakfast on the run.  “A few” amounted to two dozen and we had no problem finishing all of them on the rest of our drive.  That’s six doughnuts apiece and I didn’t even feel stuffed.

There’s the rub (or marketing genius) of the Krispy Kreme COVID-19 vaccination promotion.  There’s no way – I mean NO WAY you’re gonna walk into Krispy Kreme, get only a free doughnut, and walk out.  Nobody has that in their DNA.  Recall the Lay’s Potato Chip slogan: “Bet you can’t eat just one.”  The same applies to Krispy Kreme doughnuts in spades.  You don’t buy them by the “one” but rather by the dozen.

[Random thought: My mind just wandered to the midway at the county fair and those big games of ring toss.  Substitute doughnuts for the rings and syringes for the pegs.  Can you see it?  Yeah, probably not the best image for the Krispy Kreme promotion.] 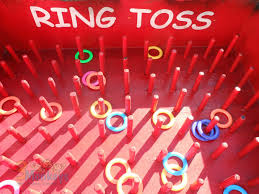 If this story was about Voodoo Doughnuts or another baker whose creations are more akin to a large, filling dessert, maybe one free doughnut would be enough.  But at Krispy Kreme you’re going to get your free doughnut and promptly buy a dozen more.  It’s because you’re standing in the lobby and the slow-moving conveyor of hot, fresh doughnuts tempts you just beyond the glass.  You reach out for a touch or a taste but you can’t.  It’s how Krispy Kreme cajoles you into buying more of their product.

As for the vaccine enticement, Mary Poppins would certainly approve wouldn’t she?  Krispy Kreme should put her on their television commercials joyfully singing, “Just a spoonful of sugar helps the medicine go down…”.  Mary’d fit nicely into Krispy Kreme’s advertised “Be Sweet” initiative, designed to sell a lot of doughnuts but also, “…to inspire joy and kindness”.  Let’s hope hundreds and thousands of free doughnuts do just that. 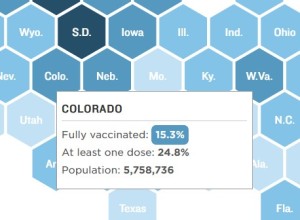 Speaking of free doughnuts, whoever created this campaign must know what they’re doing or suffer the most awful form of job termination.  Here in Colorado, our vaccination rate hovers around 15.3% for a state population of 5.7 million people.  That means on Monday, Colorado Krispy Kreme stores could potentially see 872,000 customers demanding their free doughnuts.  And the day after that.  And the day after that.  Oh and – heh – Colorado only has TWO Krispy Kreme retail outlets in the entire state.  Traffic jams of epic proportions.

Now here’s the irony behind this Krispy Kreme headline.  For those who decide not to get the COVID-19 vaccine (and that would be me; don’t judge), we can still get a free glazed doughnut and a medium coffee at their stores on Mondays from March 29th to May 24th.  That’s nine free doughnuts and coffee for someone who didn’t even get the shot.  Does that inspire their intended “joy and kindness”?  You bet it does.

I only wish the nearest Krispy Kreme weren’t forty miles away.  Lucky for me there’s a new one under construction not fifteen minutes from my house.  They’re planning to open their doors at the end of December.  You know, just as their free doughnut promotion comes to a close.

Some content sourced from the CNN.com article, “Krispy Kreme is making vaccinations extra sweet…” and KrispyKreme.com.

In March, Disney will release a remake of the children’s classic “Dumbo”, almost eighty years after the original. An intriguing story (Tim Burton directs), and the wonders of computer animation suggest the new version will be pretty good; standing on its own the way Jim Carrey managed with his version of the Grinch. “Mary Poppins” also Returns next week after a fifty-year absence. Emily Blunt looks supercalifragilistic in the previews, but with all due respect, there’s only one Mary Poppins and her name is Julie Andrews (there is also only one Maria Von Trapp and her name is also Julie Andrews). 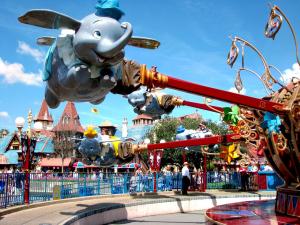 Movie remakes are blog-worthy, but that’s not my mission today.  I’m here to talk about Dumbo.  Even though his modern-day movie doesn’t come out for a few more months, you’ll find him at any one of the six Disney parks.  He’ll fly you in dizzy circles with his big ears and colorful cap; as happy an elephant as he’s ever been.  But on closer inspection, you may find your Dumbo needs a little dusting off.  That grey may be his (plastic) skin perhaps, but – brace yourself – it may also be the scattered remains of deceased Disney devotees. Apparently some souls choose to be interred in an urn known as The Happiest Place On Earth.

Okay, I know some of you were anticipating a jolly-holiday post this time of year, with visions of chestnuts roasting on an open fire (“pop! pop! pop!”) or a “Baby It’s Cold Outside” fire (romantic embers) but sorry; today we’re talking about a cremation fire.  Doesn’t the topic make you just a little curious?  Did you know for instance, we humans spread our ashes (or I should say, have our ashes spread) at sea, in woodland groves, into volcanoes, over sports stadiums and on golf courses, and yes – all over the Disney parks, but “at sea” is the only legal option on the list?  Or, did you know, if you spread an entire urn’s worth, you’re talking about five pounds of ashes?  Not exactly a spoonful of sugar, Mary. 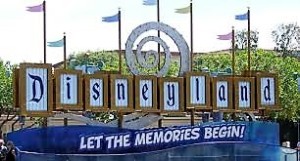 I never knew Disney had this sort of problem in its parks (although at The Happiest Places On Earth, there are no “problems”).  Scattered ashes are reported at least once a month.  Disney handles these incidents the way they do other “real-world” stuff: with complete discretion.  First, an employee notices said “pixie dust” (maybe with help from Tinker Bell?).  Then a “HEPA” text – high-efficiency particulate air – is sent to maintenance, because that’s the kind of vacuum you’re gonna need.  Then the ride or area of the park is closed off and the deceased is sucked up “spit-spot”.  You can almost see the maintenance guy whistling while he works.

Scattering ashes (other than at-sea) is a misdemeanor, but in true Disney fashion no charges are pressed if you’re caught.  Instead, your mouse ears are removed and you’re escorted out the nearest gates, back to the real world.  Any patrons inconvenienced by your actions get reimbursed with a Fast Pass or a store voucher.  Having said that, plan on a few extra minutes getting screened at the entry gates.  Besides knives, bombs, and alcohol, they’re looking for urns.  Or, in the backpacks of the more determined: plastic pill bottles and makeup compacts. 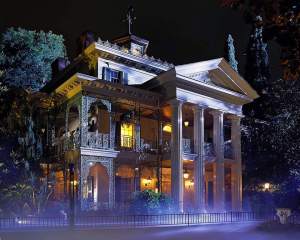 Disney’s Dumbo ride is a common place to scatter ashes (specifically, the moat under the flying elephants), as is Cinderella’s Castle (flowerbeds) and It’s A Small World (anywhere near the delirious singing dolls) but where do most scatterings take place?  Why, the Haunted Mansion of course.  It’s the only truly morbid location at Disney.  As your “ghost host” says over and over, “we have 999 happy haunts here, but there’s room for 1,000 – any volunteers?”  I guess some people take their ghost host seriously. 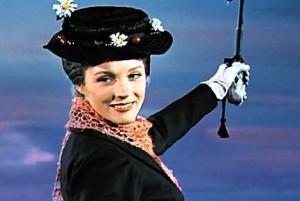 On a related topic, several years ago Disney sold personalized hexagonal pavers at its Florida park.  You could put anything you wanted on the tiles, except the words “In Memory Of…” Why?  Disney didn’t want people to have death on their minds at The Happiest Place On Earth.  As Mary Poppins would say, they’re just trying to be practically perfect in every way.  But clearly, some people have death on their minds anyway.  Or at least, ashes in their backpacks.