So…. yesterday morning I misplaced my wife. Woke up and for Pete’s sake I couldn’t find her anywhere.  I swear she was right next to me the night before – dinner, tv, that sort of thing – but yesterday morning… nope, no wife.  Somehow losing her didn’t cause me too much pause so I went about my morning routine.  Stood in front of the mirror bleary-eyed brushing my teeth (and sometimes my face) before it finally dawned on me.  My wife had a late-morning appointment a couple hours’ drive away.  She had to leave at sun-up. I knew this Tuesday night. I did not know this Wednesday morning.  At least I remembered I have a wife, right? 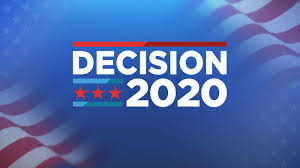 Were you as sleep-deprived as I was after Tuesday night?  I had a few slip-ups yesterday to assure me it would be one of those days. After losing my wife I dropped my electric toothbrush mid-brush and just stared while it vibrated in little circles on the floor.  Then I cracked an egg on the edge of my coffee cup and almost dropped the egg into the coffee instead of the frying pan. When I moved the laundry from the washer to the dryer, I felt the need to check the lint screen twice before starting the load (I never check the lint screen).  You get the idea.  It was gonna be a fun-zone kinda day in my world.

Actually, zoning out works well for let-it-flow writing; keeps it casual right? I was sleep-deprived because I watched too much election coverage Tuesday night. Turned on the TV just before dinner and turned it off six hours later, probably same as you. Once you realized the consensus wasn’t coming anytime soon you chose sleep instead of states.  And speaking of states, little red and blue ones danced in circles in my brain.  Like sheep over fences.  You’d think that’d help me fall asleep. 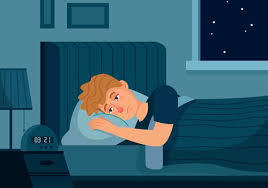 Only I couldn’t sleep (could you?) I tossed, turned, punched the pillow, stared up at the ceiling, but couldn’t knock out no matter what I tried.  I read a chapter on my Kindle, good for getting drowsy.  I let the dog out and for once, waited awhile at the door until he came back in.  Took a few laps around the house just to add to my step count.  Nothing worked.

Maybe I had “election anxiety”. You know, where you’re not feeling quite right leading up to the count?  You figure it has something to do with the election but what, exactly? I voted for one candidate over the other like everybody else, but weeks ago I made peace with either outcome (a very Aquarius thing to do). Now here we are Thursday with the outcome a few states away from definitive. Do I still have election anxiety?  No (thank goodness).  “Annie” was right.  “The sun’ll come up… tomorrow…”.  It’s technically the day after tomorrow and the sun came up both days.

I usually fall asleep within minutes of hitting the pillow so now (for a few conscious minutes anyway) I have a couple theories on what went haywire Tuesday night.  One, my deep conscience convinced me the election outcome would be decided in the middle of the night (hence the iPhone by my bedside, hence the every-hour check of the results). Two, I went from six hours of staring at a big-screen television to… bed. I never do that. I wind down with a little light reading instead. So it’s true what they say: “Power down devices an hour before hitting the hay, or wide-eyed and restless you will lay”.  (Okay, they don’t really say that.)

Yesterday I made it all the way to noon without passing out – small miracle after my short night.  Took me two cups of coffee and a full breakfast to get that far.  Mid-afternoon I thought I’d be breaking out the peanut M&M’s to power through (junk food always beckons when I’m tired).  In fact, I was so tired I felt like I’d drop face down in my cereal bowl.  Cereal bowl… wait… I had eggs yesterday morning, didn’t I?  What day is this?  What time is it?  I’m so confused.  I should go take a nap and… and… and… zzzzzzzzzzzzzzzz.

17 thoughts on “Losing Sleep (and other things)”