It happened again this week, as it seems to every couple of months.  I was lying face-up in the chair, with the dentist putting finishing touches on a crown, when she says out of nowhere, “So… celebrity trivia question. Which Hollywood actor do people say you most resemble?” To which I quickly responded – from years of practice – “Matt Damon“. 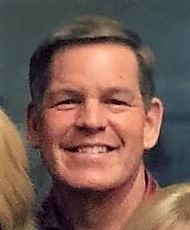 That’s me on the left and Matt on the right.  The likeness has never been my own opinion, but rather a conditioned response from so many people making the comparison.  If I really concentrate, focusing on certain facial features, I suppose I can acknowledge some resemblance.  But it’s a stretch at best, so it fascinates me I get this comment over and over again.  In yesterday’s instance, my dentist said it was most obvious when seeing my face in profile.  She must check out a lot of photos of Matt Damon.

Damon has made quite a name for himself on the silver screen.  Alongside Ben Affleck, he burst onto the scene in 1997 with his Academy-award winning screenplay Good Will Hunting.  His resume has been a fairly unbroken string of box-office successes since, including Saving Private Ryan, Ocean’s Eleven, the (four) Jason Bourne movies, The Martian, and most recently, Ford vs. Ferrari.  It’s fair to say Damon leans towards scripts with lots of action, with the occasional foray into comedy and drama.

With something of a physical likeness, I thought I should explore a little further under Damon’s skin (so to speak), to see if he and I have anything in common besides looks.  He’s eight years younger than I am.  He was born in Boston while I was born in Los Angeles.  His parents divorced when he was three while my parents remain married to this day.  He has one brother while I have four.  On the other hand, we’re both married and we both have daughters.  We’re identical in height at 5′-10″ (!!!)  And most significant to the topic at hand, we’re both products of a parent of English descent and another of Swedish.

So Damon is (apparently) my biologically unrelated look-alike (aka doppelganger).  All of us have one or more out there in the world; mine just happens to be a “name”.  My dad was often associated with the late actor George Kennedy.  My mom – Nancy Reagan.  Hollywood itself has plenty of pairs, including Dax Shepherd/Zach Braff, Zooey Deschanel/Katy Perry, and IMHO the most twin-like of them all: Natalie Portman/Keira Knightley.  As for Matt Damon?  His doppelganger is not yours truly, at least not in his own social circles.  Maybe Mark Wahlberg.

Let’s visit Damon’s movie characters for a second.  I identify with one in particular.  No, not the brilliant-but-shy, quick-talking Will from Good Will Hunting, with his rough edges, street smarts, and Boston accent.  Neither Jason Bourne, with his lightning-fast fighting skills and penchant for cross-continent espionage.  Not even Private Ryan, because I can’t claim to have worn the uniform nor lived in wartime. Ah, but then we have Ocean’s Eleven’s Linus Caldwell.  Linus is the hesitant participant in the heist.  He’s not keen to lead, but he likes being part of the team.  He’s on the quieter side, aims to please, takes a risk or two for the sake of respect, and comes across as Mr. Nice Guy.  He also sports the casual polo/khaki look, with the occasional zip-up jacket.  Yep, Linus could be my doppelganger as well.

You’ll find a lot of photos of Matt Damon on the web.  You’ll also find some personal quotes.  Here’s one of my favorites: “It’s just better to be yourself than to try to be some version of what you think the other person wants.”  As much as Damon’s an actor by trade, I’ve seen enough of his roles to believe his true persona often reflects in his characters.  He seems like a decent guy and he’s done very well for himself.  He has a solid marriage and three wonderful daughters.  He’s atypically modest and straight-shooting for a Hollywood headliner.  So if people want to “doppelgang” me with someone like that, who am I to care if I actually look like the guy?

Some content sourced from IMDb, “the world’s most popular and authoritative source for movie, TV, and celebrity content”.