My wife and I embarked on an extensive remodel of our house a week ago. We’re rewarding ourselves for removing “college tuition” from the family budget (an expense we’ve battled for the last ten years). Our remodel aims to remove a bearing wall between the family room and kitchen, rewarding us with unobstructed views from the east-side entry to the west-side windows, and the glorious Colorado Rocky Mountains beyond. It’s a construction zone around here for the better part of two months.  The master bedroom and the horse barn are our only refuge. 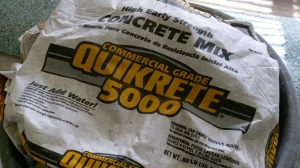 Removing a bearing wall usually requires a little structural re-engineering, and this project is no exception. We have two bedrooms and a bath upstairs which would come a-tumblin’ down like Jericho’s walls if we took sledgehammers to the studs. Rather, the work begins down under, below the pulled-back carpet of our finished basement. From the naked foundation we excavated a 42″ x 42″ block of standard concrete, to be replaced with several bags of the 5,000 PSI compression-strength variety.  You need the heavy-duty stuff if you’re going to hold up a house.

This super-strength basement footing will support a solid steel post, rising to the main floor and framing the north end of the new opening.  The south end already has a post.  And spanning the top of both, eighteen feet long and weighing in at an impressive four hundred pounds, is our new friend Atlas. 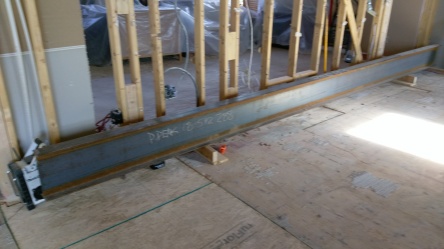 Atlas is a big, bad, beautiful, hot-rolled I-beam, formed from pure American steel.  When this behemoth landed in our driveway last Friday my first thought was, “not very big”.  Atlas would’ve smiled if he could, because he didn’t budge a millimeter when I made him pose for a photo.  Or maybe he’s just a stubborn I-beam. 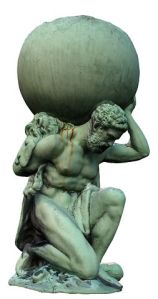 Atlas gets his name from the god in Greek Mythology, of course.  Atlas and his brother Menoetius lost a war to the Olympians (never should’ve sided with the Titans, boys).  Menoetius went to a dungeon of torment and suffering.  Atlas went to the western edge of the world, forced to hold up the sky for all eternity.  Several statues depict him holding up the earth, but in fact Atlas’s burden is the sky.  One time, “clever” Atlas handed off the sky to a guy named Heracles with the promise to fetch him some golden apples.  But Heracles realized it was a ploy to exchange the burden.  When Heracles convinced Atlas to briefly hold up the sky again so he could “rearrange his cloak on his shoulders”, Heracles grabbed the golden apples and ran away.  Not so clever for a Greek god.  I hope our own Atlas is a little more accountable to his burden than his namesake. 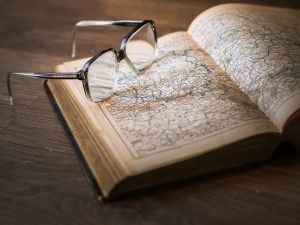 Perhaps your first thought of “atlas” is a book of maps instead of a Greek god.  Perhaps you’ve been to the Atlas Mountains in northwestern Africa.  Maybe you’ve read all 1,168 pages of Atlas Shrugged, the 1957 dystopian novel by Ayn Rand.  Did you know the Atlantic Ocean is named for Atlas?  Ditto the fictional island of Atlantis?  At the very least, you have an atlas on your person: the first vertebra supporting your head.  Now you can add a new definition to the list.  Atlas is an I-beam in a house in Southern Colorado. 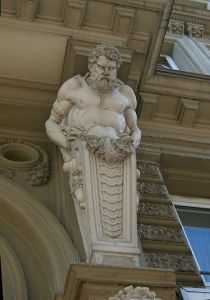 Final thought.  After naming our I-beam, I was delighted to learn an atlas is also defined as “a support sculpted in the form of a man, which may take the form of a column, pier or pilaster”.  No, I’m not about to sculpt my big, bad, beautiful, hot-rolled I-beam, but it’s nice to know our remodel has a bit of classical European architecture influence.