I like a lot of foods people seem to hate. My favorite Thanksgiving pie is mincemeat, not pumpkin. My favorite licorice color is black (red is just a licorice imposter). You can heap any kind of shellfish you want on my plate except oysters. You’ll find blue cheese in my salad and Brussel sprouts cozying up to my steak. But what about “America’s Most Hated Food”? Was I born in the wrong country? Sorry fellow citizens, I must respectfully disagree with the winner of a recent survey on hated foods.  Black or green, stuffed or plain, sliced or diced, there’s nothing quite like the taste of an olive.

Zippia is a job-search engine I’d never heard of, until I came across their just-released survey called The Food Each State Hates the Most.  Zippia’s road to its results is rather unscientific.  First, come up with a list of forty-odd foods where people tend to say, “gross”.  Then, use Google Search Trends to determine which of these foods people look up the least.  Finally, group the search results by state.  After that meandering highway, here’s what you get:

I think Zippia produces these surveys as a clever way to attract customers.  Didn’t work for me – they just insulted my taste buds!  Thirteen of fifty states claim the olive as their most hated food?  Two of those states are California and Georgia, where the lion’s share of America’s olives is grown.  I’m already suspicious.

I’ll grant Zippia’s survey this.  Most people I know don’t care for olives.  They don’t like the look or the smell, and even though they’ll admit to olive oil in their salads and heart-healthy recipes, they’ll still deny any affection for the fruit.  Yes, I said fruit, not vegetable.  Doesn’t that make those little sodium balls a bit more palatable?

The rest of the survey, I can buy.  Anchovies shouldn’t swim anywhere near a pizza (good call, America’s Heartland).  Washington and Oregon residents probably sat next to me in elementary school, overdosing on bologna sandwiches.  Eggplant, ick.  And beets… beets… I’m almost sixty years into this world and have yet to acquire the taste.  Check back with me in the next life.

If the Zippia survey is to be believed, I live in a state where turkey bacon is our most hated food.  Really?  We just bought several pounds of the stuff last weekend at Costco.  It’s not so bad.  On the other hand, olive oil and vinegar stores are trendy around here.  Most markets have an olive bar adjacent to the cheeses.  Meats and breads have been enhanced with bits of olives for years.  And for the really fancy, serve a tapenade with your crackers; a French spread made of finely chopped olives, capers, and anchovies.  Okay, so tapenade’s probably not for everyone.  But I like it.

I developed a taste for olives as a kid because my mother kept tossing them into her casseroles.  Before I knew it I was eating olives as a snack (and what kid hasn’t done the “wave” with one on each finger?)  One regrettable afternoon I downed a whole can of the large black ones before discovering my mother intended them for one of her recipes.  Believe I went to bed with no dinner that night.  At least my belly was full of olives.

[Side note: The only member of my family who likes olives is my daughter.  Maybe I should’ve named her Olivia? I did have a childhood crush on Olivia Newton-John.]

As if you need more proof of my love of olives, you’ll always find several cans in my pantry.  The sliced ones go into my pizzas, salads, and tacos.  The diced ones go into my omelets.  The whole ones sneak onto vegetable trays next to the carrots and celery (when my wife isn’t looking) or I just down ’em by the can.  And their green siblings with the red pimentos jammed down the middle?  They go perfectly with chips ‘n’ dip in front of the TV. 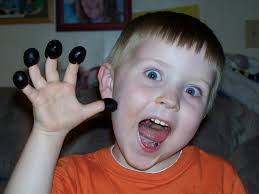 Step aside, America.  Spain produces more olives than any other country.  Italy and Greece aren’t far behind.  It would be appealing enough to live on the sands of the Mediterranean, growing old on their uber-healthy diet.  But also having trees of “America’s Most Hated Food” everywhere you look?  That clinches the deal.  I just might take my O-Love overseas one of these days.

Some content sourced from the Zippia.com article, “The Food Each State Hates The Most”, and Wikipedia, “the free encyclopedia”.