Eggs are a favorite food of mine.  A breakfast plate is hardly complete without a couple of the fried, scrambled, or omelette-d variety. They’re delicious for lunch in an egg salad sandwich, or for dinner in a chef’s salad or a quiche. Don’t forget deviled eggs for a tempting appetizer. Nothing’s unusual about these egg-zamples, but here’s where it gets borderline obsessive. Earlier this week I imagined two sunny-side-up eggs placed flat-side to flat-side (don’t ask me why; I just did). What do you get when you do that? SATURN! 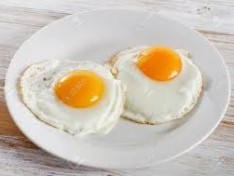 Perhaps you missed it on Tuesday, but the planet Saturn made a pageant-worthy appearance in our night sky.  Saturn “came to opposition” (sounds political), meaning Earth made its annual passage directly between the ringed world and the sun; at precisely 11am Colorado Time.  Saturn was closest to Earth at that very moment.  Ten hours hence, when Colorado’s sky was dark enough for stars and such, Saturn was already well above the horizon to the southeast.  At least I think it was Saturn.  Without a telescope, I channeled my most amateur inner-astronomer using handheld binoculars.  All I got was a shaky image of a bright, white pinprick in an otherwise fabric of black.  But I must say, it was a pretty big pinprick.

Saturn is certainly the most distinctive of the eight planets in our solar system (take that Pluto, you dwarf-pretender you).  Stage a planet beauty pageant and Saturn would simply flaunt her colorful rings to win ten out of ten times.  The distant runner-up, Mercury, would get a few sympathy votes for her steadfast “cool under fire”.  Mars would get no votes for her perpetual look of embarrassment.  Earth would be disqualified for serving as pageant host.  It’s Saturn with the sash every time. 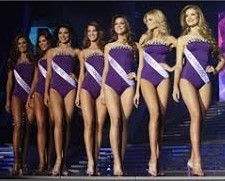 There’s more to this heavenly body than meets the naked eye (WHOA; that may be the most risqué sentence I’ve ever written).  Saturn is a big ball of gas – hydrogen, helium – and less dense than water, which means if you threw her in the pool, she’d bob around like a big ol’ beach ball.  She completes a full rotation in ten hours; so fast in fact, her equator bulges enough to make her look like a flattened ball (not very becoming of you, Saturn).  Her glorious rings are circular masses of ice crystals, over sixty feet thick.  Her surface temperature is -300 degrees Fahrenheit, a reward for sitting sixth place from the sun.

All of which paints a not-so-rosy picture (but at least there are rings around the not-so-rosy – ha!).  If you could travel to Saturn (no spacecraft headed that way anytime soon), could stand on her surface (you can’t), and could withstand her “balmy” temps (one helluva spacesuit there), you’d still fly off into space on account of that zippy rotational speed and global shortage of gravity.  You’d probably splat into her pristine rings like a useless little bug. Ick.

Saturn gets her name from the Roman god – not goddess – of agriculture and time.  Which begs the question, why am I calling him a her?  (Crud, I have to start this blog all over again.)  Even better, Saturn was also the god of wealth (now we’re talking).  In ancient Rome, the Temple of Saturn housed the town treasury.  And this same Roman god is why we call the first day of the weekend Satur(n)day (you’re welcome for that).  So, let’s review.  One of eight planets is named after you.  One of seven days is also named after you.  You must be one important dude.

And yet, Saturn (the planet or the god – you pick) doesn’t get much love in Earthly culture.  I scoured the web for references (okay; no I didn’t – I just looked up “Saturn” on Wikipedia), and all I came up with was a) a Sega video-game console, b) a discontinued brand of automobiles, c) a rocket booster (just the booster, not the rocket itself), and the annual trophies presented by the Academy of Science Fiction, Fantasy, and Horror Films.  Oh yeah, and a small, unincorporated community in Whitley County, Indiana.  Oh yeah again, and one of the primary characters in the “The Three Investigators” children’s books.  Er, wait, that was Jupiter Jones. Dang it! 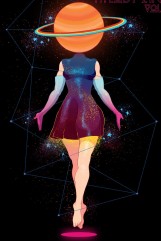 Even if Earthly culture dresses down her sexy rings (again with the risqué), I still say Saturn wins the pageant (only now it’s a male pageant and that doesn’t work for me).  If you’re not convinced “he’d” win, consider this last fact.  Saturn has sixty-two moons.  Sixty-two!  Maybe Earth’s moon should head on out and join the party.  Can you imagine the night sky if you lived on Saturn?  The fabric would be loaded with pinpricks (including Titan, the second-largest moon in the entire solar system).  Moons, rings, Roman Gods, weekend days; what’s not to like?  As I said, it’s Saturn with the sash every time.  Now stop playing with your breakfast and get back to work.

Some content sourced from Wikipedia, “the free encyclopedia”, and the Universe Today article, “Ten Interesting Facts about Saturn”.

3 thoughts on “Of Rings and Romans”