At the movies last weekend, as we waited for the lights to dim, two women were having a conversation in the row in front of us.  What struck me was not what they were talking about, but how they sounded.  Their voices projected loud and clear above the quieter chatter of others in the theater.  Yet they were talking normally, neither straining nor raising their voices.  It’s like they had built-in megaphones. 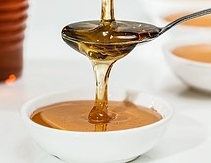 I find that fascinating about the human voice.  With one person the words come out all velvety and smooth, like honey-dripped taffy.  With others it’s all cymbals and brass band.

Take “Debbie” on the current season of television’s “Survivor”.  If you watch, you know who Debbie is (the self-proclaimed uber-intelligent “Brain Tribe” member).  But even if you didn’t know all that about Debbie, you’d recognize her voice in a heartbeat.  There’s just something about her combination of accent, volume, and non-stop blah-blah-blah.

When I hear voices like Debbie’s, I’m spirited back in time to high school speech class.  Midway through that semester so many years ago, our teacher brought in an “alumna” to demonstrate public speaking at its most refined.  I’ll never forget it.  Our guest spent several moments standing quietly in front of us; eyes closed, breathing deep, as if preparing for a long delivery.  Then she simply said:

“Thank you for the plums.  They were delicious.”

That was it.  That was her entire speech.  But I was utterly spellbound.  The way she delivered just two lines: enunciating each word completely, starting and finishing each sentence smoothly, captivating her audience with her words as well as her body language – was the total sensory experience.  I could hear her eating those plums.  I could see the juice dripping down her lips.  I could even taste those plums myself (and they were delicious).  To this day it is one of the most powerful moments of speech I have ever witnessed.

The accents in the Southern states – i.e. Virginia or South Carolina or Georgia – are similarly spellbinding.  I remember touring a plantation house once when I was a teenager, and our guide was a short, heavy-set black woman who possessed one the softest, sweetest voices I had ever heard.  Her words were so calming and mesmerizing I found myself falling asleep on my feet, jaw dropped.  I hope she realized that was a compliment, because I can still hear her voice to this day.

The Irish accent is even more affecting to me.  Male or female; on the Emerald Isle or watching the movie “Brooklyn”; there is something utterly captivating about the Irish spin on the spoken word.  It is soft and fluid, with subtle twists of pronunciation and emphasis.  It’s like an audio massage.  I could listen to the female Irish voice for hours on end (just as my wife could listen to the male equivalent.  Hate you for that, Colin Farrell).

Since I am neither Irish nor a resident of the South, nor even a refined public speaker, I settle instead for using words that simply sound nice.  Search the Web and you’ll find lists of “the most beautiful words” or “the sweetest-sounding words”.  Here are some of my favorites:

Don’t those sound nice and velvety?  Don’t they bring just a tinge of comfort, or conjure up images of the nicer things in life?  To conclude, some of us may not possess the most pleasant of pipes (like Survivor Debbie).  But at least we have some sugary words that can bring us a little closer to that honey-dripped taffy.