Thanks to social media, product advertising is a complex challenge these days. Hiring an “agency” no longer suffices, at least not for major corporations. They depend on “brand builders” instead – Interbrand, for example. Interbrand boasts “…a global team of thinkers and makers [encouraging] bold moves to leap ahead of customers and competitors.” Interbrand also values the companies they help build. On their list, well inside the top ten: Coca-Cola.

My brothers and I gathered in Atlanta last week for a semi-annual reunion.  Our initial stop wasn’t Coca-Cola’s world headquarters but rather, its popular “World of Coca-Cola” tour.  If you haven’t walked through these doors, Coke has turned an impressive three-story building into a glittery three-ring circus to promote its products, with a side of historical context.  As if Coke needs more promotion.  The genius of this soft drink, as we learn on the tour, is the relentless, boundless effort to put Coke’s brand everywhere imaginable.  Cans, clothing, and cars, just to name a few.  But pixels?

Here’s a weird suggestion.  Go into your home laboratory, create a flavor, and label it something that doesn’t have a flavor.  This is Coke’s latest go-to gimmick to retain market share.  Coca-Cola Zero Sugar “Byte” has come and gone (limited-edition products are another way to retain market share) and you probably didn’t have a taste. And what does “data” taste like?  According to drinkers it’s pretty much the same as Coke Zero, adding in the sensation of the old “Pop Rocks” candy.

Coca-Cola also developed “Coke Starlight”, somehow determining the taste of “outer space”.  Drinkers said it tasted like Coke with an aftertaste of cereal milk (ewwwww).  Go to the store today and you can purchase the latest of these curiosities: “Coke Dreamworld”, which has been described as “Coke soaked in sour peach rings” (ewwwww again).  As the saying goes, there’s no accounting for taste… or should I say, with Coca-Cola there’s no caring for taste.  Instead, the bottles and cans promote music, videos, and other products through a QR code.  And there’s the branding concept in a nutshell.  You’re attracted to the purchase because it’s a Coca-Cola product, but the draw is anything but the drink itself.

I shouldn’t be surprised how far the taste of Coke has, uh, evolved in the one hundred and thirty years since its market debut.  The variations on the original formula are myriad, including Cherry Coke, Vanilla Coke, Diet Coke, and “Coke Zero” (no added sugar but plenty of artificial sweeteners).  Let’s not pretend any of these drinks are actually good for your consumption.  But at least vanilla and cherry are tastes we understand.  Dreams?  Not so much. 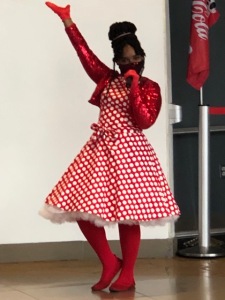 “Dreamworld” and the other recent flavors target “gamers and younger audiences”.  My brothers and I saw a lot of kids on the “World of Coca-Cola” tour so maybe the advertising is working.  Regardless, Coca-Cola has a bigger challenge to confront.  Sales of soft drinks are on a serious decline, in favor of bottled water and healthier options.  Coke recently cut its portfolio of soft drinks by fifty percent (bye-bye Tab) in an effort to improve its bottom line.  To me, that’s a sound business strategy.  But flavors that aren’t really flavors?  That’s desperate. 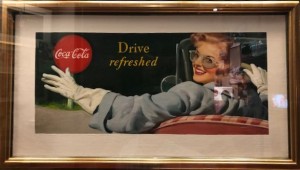 Coca-Cola had a big red flag in the 1980s (appropriate color, no?), one that should’ve discouraged future dabbling with their products.  Who among you doesn’t remember the debacle of “New Coke”? The flavor variation – the first in Coca-Cola’s long history – debuted to rave reviews, with claims it was better than Coke or Pepsi.  But here’s what Coca-Cola didn’t see coming: consumers immediately defended the original flavor.  Instead of buying New Coke, they cleared the shelves of the original flavor for fear it would go away forever.  Begrudgingly (and very quickly), Coca-Cola returned the original flavor to stores under the name “Coke Classic”.  But New Coke never found legs and eventually disappeared from the shelves altogether, while “Coke Classic” returned as simply “Coke”.

” Coke Dreamworld”, as you would expect, features prominently in the “World of Coca-Cola” tour.  The flavor that isn’t a flavor, along with a silly 3-D movie and a giant retail store, targets the youngest of consumers.  But let’s be honest, most people go on the tour for the tasting room, where they can sample Coca-Cola’s products to their heart’s content.  “New Coke” is not among those choices.  Pretty soon I don’t expect to see any flavors-that-aren’t flavors either.

Some content sourced from the CNN Business article, “Coke’s latest bizarre flavor is here”, and Wikipedia, “the free encyclopedia”.