Ponder the number “6” for a minute and see what spins around in your brain.  A half-dozen eggs sitting neatly in their half-carton.  The perfectly-square sides of a cube.  Strings on a standard guitar.  A team of volleyball players.  The geese in “The Twelve Days of Christmas”?  A Star of David, a purchase of beer, or the largest roll of a die?  Forget ’em all; they pale in comparison to this week’s headlines.  Here in America – happening more and more frequently – “6” causes a nationwide frenzy for a wholly different reason: ping-pong balls.  Ping-pong balls?

Powerball, the American lottery game shared by 44 of the 50 states, has its jackpot blossoming into the stratosphere again this week. The five white + one red (Power)balls are spinning relentlessly into our hopes and dreams.  Local news is positively frothy over the $750,000,000 jackpot, the third-largest since Powerball began in 1992. Never mind the ridiculous odds of winning (1 in 292,201,338).  Never mind no one picked the winning numbers in twenty-six consecutive drawings since Christmas.  Also never mind not one of the 183 winning Powerball jackpot tickets has ever been sold in Colorado.  That’s 16 years + 1,664 drawings = 0 winners in the Centennial State.  Even tiny Rhode Island fared better than that (1 winner).  No matter; our broadcasters still push aside this week’s actual news to cry, “Get your tickets now, people – you could be the next Powerball winner!”  Yeah, right.

Admittedly, my wife and I have played Powerball – but only a handful of times.  It’s like we have an unwritten rule: no tickets unless the jackpot exceeds a half-billion dollars.  But it’s not the news alerting us to all that potential windfall; it’s my mother-in-law.  She follows the lottery like a hawk.  Whenever we step into her house, she always knows exactly where the jackpot stands.  Her tickets sit patiently on the kitchen counter, ready for that next biweekly drawing (as she unfailingly asks, “Have you bought yours?”)  Just this week my mother-in-law realized her winnings can be multiplied several times over if she’s willing to pay more.  That’s an important aspect of the game, Mom.  Not that I consider the woman a Powerball guru.  After all, she’s the one who holds up the convenience store line when she turns in her winning tickets… because she’s buying more tickets.  You have to wonder if she ever sees cash in hand, or if this drill is just an endless cycle of ping-pong balls.

Colorado wasn’t always a part of Powerball.  Our state came to the table late – in 2001 – almost a decade after the game began.  Before joining, I remember the “legendary” stories of Coloradans who would drive all the way to Kansas or Nebraska (hours) just to purchase Powerball tickets.  That mind-numbing trip to the east would cost you at least two tanks of gas, and the convenience stores at the borders would have hundreds of customers in line.  That’s a lot of effort for odds of 1 in 192,000,000.  A lot of gamble for a little game.  Too fortuitous a foray for me.

Speaking of “game”, Powerball really isn’t one, is it?  Yes, there’s a winner (and a whole lot of losers), but one can hardly claim to “play” Powerball.  There’s no rolling of the dice, no dealing of the cards, and no moving of the game pieces.  No strategy or rules.  Instead, it’s just plunk down a few dollars for a quick-pick ticket; then go home and watch the ping-pong balls roll.  “Fun”.

Admittedly (again), my wife and I play Powerball for those proverbial hopes and dreams.  We always start our conversation with, “What would you do if you won?”  That conversation alone is almost worth the cost of the ticket.  What would I do with $750,000,000? Well, let’s break it down.  The cash value of the jackpot (lump sum vs. 30 annual installments) is $477 million.  Federal/state taxes drop that number to an even $300 million.  Then I pay off the mortgage and any other debt.  Set up a fund to gift my three kids the maximum tax-free amount allowed.  Remodel the house and ranch.  Travel the world.  Give generously.  Orbit the earth in a SpaceX rocket.  The list does not go on and on.  That’s about all I can come up with, folks. 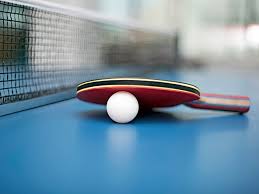 Roughly calculated, my fulfilled hopes and dreams leave me with about $250 million yet to spend.  This is exhausting.  I’d rather play ping-pong with the numbered balls.  Not that it matters – Powerball’s latest jackpot ticket was just purchased in Wisconsin.  (Called it – Colorado is now 0-184.)  That’s a lot of bread for a Cheesehead.