A headline in this morning’s news feed announced , “Flaming Condoms are the Newest Threat to Southern Israel!” Just wanted you to be aware.

Now that I have your attention, let’s turn to a timelier topic. Big Ben, the iconic clock and tower at the north end of London’s Palace of Westminster, has been silent for almost a year now. In case you missed the news, Ben’s Great Bell and Quarter Chimes no longer toll – for another three years in fact – while much-needed repairs are made to the clock mechanics behind his massive face. At least the damage was simply wear-and-tear, and not the result of flaming condoms. 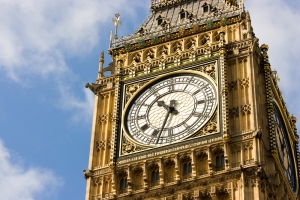 For Londoners, I have to believe the muting of Big Ben took some getting used to. Imagine, heard on miles of city streets, the Great Bell bonging every hour on the hour, and the Quarter Chimes playing every fifteen minutes (a stuck-in-your-head repeating melody of twenty notes). Now take all that away; replaced by uncomfortable silence. I’m sure city-dwellers subconsciously depended on Ben to remind them they had, say, thirty minutes to get to the office, or fifteen minutes left in the lunch hour, or no minutes before church (better start running). How will these people cope for the next three years?

In the absence of Ben, Londoners surely turn to alarm clocks more than they used to.  Not comfortable relying on their own senses (or the sun’s position in the sky), the English probably carry “Baby Ben’s” if you will – whether mobile phones or other portable devices.  I expect the additional chorus of beeps and chimes and other musical bites make a ride on the Tube even more enjoyable, as you’re left to wonder whether your neighbor’s getting a phone call or simply late for an appointment. 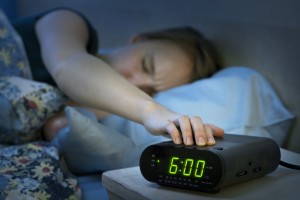 Alarms have come a long way since the basic digital LED box-clocks of old.  I wish those old bedside Ben’s were gone forever, but a visit to any Walmart or Radio Shack proves they’re more prevalent than ever.  My wife used to own one of the more potent models – with an enhhh…enhhh…ENHHH screech capable of levitating me out of a deep sleep, my pulse racing faster than an Indy car.  I’ll hear that murderous alarm even after I’m six feet under.

Today – mercifully – we have several alarm clocks designed not so much to levitate but rather to ameliorate your transition into the conscious world.  Beddi – a “designer smart-clock” – is a sleek enough bedside companion.  Along with charging your phone, Beddi controls the dawning of your bedroom lights or the gradual amplification of your favorite playlist or even the pleasing aroma of your coffeemaker.  You choose how you wish to wake up.

Kello is the spitting image of a toaster, but it’s really a partner for your body clock, with sleep-training modes to wake you a little earlier each day, or guided breathing exercises to help you nod off faster each night.  Kello also offers music in place of an alarm and can restrict the number of times you can whack the snooze button.

Some people demand a little more, uh – torture – to get themselves up and out of bed.  Ruggie is exactly what it sounds like – an innocent-looking rug placed just to the side of the bed.  Ruggie is all about blasting music in louder and louder bursts, and the only way to shut the blessed thing up is to stand – full body-weight – atop of its fleeced surface for at least thirty seconds.  Then there’s Pavlok, a wearable alarm clock programmed via smart phone app.  Pavlok begins with a beep or a vibration (my advice – get up NOW) – but left to its own “devices” matures into a pulsing, zapping electric shock when you still don’t respond.  Pavlok is also happy to electrocute for trivial pursuits like biting your nails, smoking, or too much time on the Web. 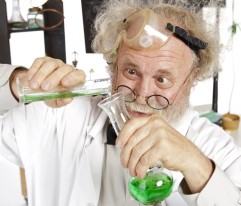 Don’t know about you, but I have no interest in meeting Pavlok’s inventor.  Mr. Shock Clock is one messed-up sadistic soul, and probably has a host of other torture devices at the ready.  Like flaming condoms.

3 thoughts on “Cause for Alarms”