At New York City’s exclusive Trinity School on the Upper West Side, kindergartners look forward to a year of “…building self-confidence, independence, and responsibility”, coupled with “forming friendships, dealing with a variety of social situations, and discovering the joy and excitement of learning…” Sounds like a solid choice for early schooling, until you consider the daunting application process and the need for financial aid. Your child’s chances of acceptance are only 1 in 5, and a year of Trinity grade-school will cost you $50,000. 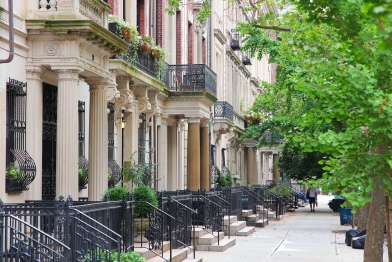 Trinity isn’t in a class(room) of its own with its hefty private-school tuition.  At least forty-five other independents in Manhattan carry a similar price tag, according to a recent Wall Street Journal article.  Perhaps Trinity boasts of its 300-year history, evolving from noble roots “providing free education for the poor in the New Colony”.  Certainly, Trinity basks in its high enrollment of graduates into Ivy League-caliber universities.  But history and performance are not prerequisites for the high costs.  The Upper East Side’s Wetherby-Pembridge School opened just two weeks ago with no tangible credentials.  The cost of a year at W-P for a three-year old?  $45,500.

Elite K-12 academies also find themselves in a moral dilemma.  While their tuition costs rise faster than the rate of inflation (23% in just the last five years), their enrollment becomes inevitably less reflective of the society around them.  The Bank Street School for Children “views diversity as essential to its academic program”, but struggles to deliver on that value when virtually all its students come from the top 1% of incomes.  Even the rich are forced to compromise to keep up with tuition payments.  Many forego vacations, club memberships, and expensive hobbies for the sake of their child’s top-dollar education. 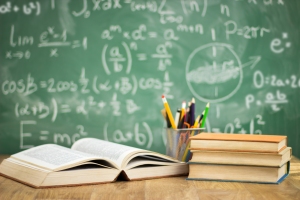 When our kids were born in the San Francisco Bay Area almost thirty years ago, my wife and I had differing opinions on the best options for K-12 education.  My wife graduated from a private Catholic high school in Chicago, while I graduated from public schools in Los Angeles.  We had good reason to consider either option with our own kids.  Our research included several independent schools, including the prestigious Menlo School in Atherton, and the (Catholic) Woodside Priory School in Portola Valley.  Even then private-school tuition was beyond our reach, not to mention the implied commitments (tithing, volunteering).  We moved to Colorado before we gave Bay Area schools a chance (and our kids graduated from Colorado’s public schools), but it’s safe to say they would’ve gone to public schools no matter where we lived.  Today, Menlo and Priory cost $45,000/year.

With another nod to Manhattan’s Upper East Side, our daughter recently talked us into watching the television series “Gossip Girl”, which ran from 2007-2012 on The CW network.  Gossip Girl explores the lives of New York’s upper-class adolescents, with most of the drama taking place in and around the “Constance Billard School for Girls” and “St. Jude’s School for Boys”.  Gossip Girl’s story lines are hit or miss, but the characters’ appetites for the uber-wealthy lifestyle are on full display.  Stretch limousines, lavish parties, jet-set European vacations, and top-dollar wardrobes would imply $50,000 for a year of K-12 tuition is a drop in the bucket.  Gossip Girl may be a fictional world, but opulent education is real, and a gold ring lying beyond most of our grasps.

Manhattan’s private-school world is a little too ostentatious for my tastes.  I received a perfectly good education in public schools, after all.  Trinity School’s website includes a welcome from the “Head of School” who proudly claims, “students and teachers work together to create a dazzlingly dynamic mosaic of human excellence”.  With that glittering generality, no wonder the five-figure price tag.