Let’s begin with a quiz. Name a movie you’ve seen – any movie – where long after the fact you wished you’d never watched it. Not because it was a bad movie or a boring movie; rather because it left you with brain-burned images you’ll carry to the grave. I’ll give you a “pause” so you can come up with a movie.

My own regret-I-saw-them movies are the following three: Fiend Without a Face (from the wonderful television series “Creature Features”, when I was a young and impressionable teenager), Deliverance, and Saving Private Ryan. If you haven’t seen those films, read the web synopses to understand where I’m coming from. Trust me; it’s safer than watching. 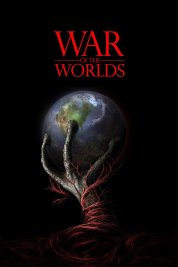 Recently, I’ve decided to add a fourth movie to my list: 2005’s War of the Worlds. Why recently? Because my wife decided to go all green-thumb on me in the last couple of weeks. She went to Home Depot and Lowe’s and purchased several plants for our recently remodeled home. She even ordered a few growee’s on-line (didn’t know you could do that).  We have quite the conservatory now, from potted palms to fruit-bearing minis to fresh herbs. But the real reason for my fourth movie sits quietly on the kitchen window sill: three Venus Flytraps. 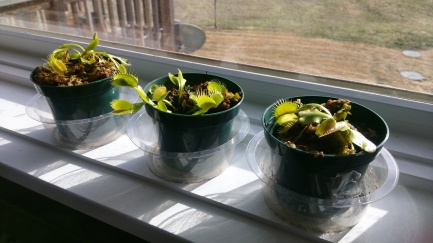 Venus Flytraps fall into the category of “carnivorous plants”; which, from an insect’s perspective, is entirely accurate.  The organic mechanism of the Venus – called a “snap trap”, is frighteningly sophisticated.  Pairs of hinged leaves lay open at the ends of delicate stalks, secreting a sweet smell to attract the bug.  Once said bug steps on said leaves, hair-triggers activate a rapid closure, forming a capsule.  The more the bug moves, the more the capsule hermetically seals, forming a “stomach” to allow digestion over the next one to two weeks.  The capture itself takes less than a second.  I wouldn’t have believed it if I hadn’t seen it with our own Flytraps.  Venus #1 is still digesting the bug I placed on her leaves a week ago.

Besides the “snap”, carnivorous plants include four other delightful trapping mechanisms.  “Pitfall” traps, as in pitcher plants, collect prey in a rolled-leaf container complete with a deep pool of digestive enzymes.  “Flypaper” traps, as in sundews, utilize a glue-like substance all over their leaves to trap and starve their victims before digesting them.  “Bladder” traps, as in bladderworts, create a vacuum inside a cavity sealed by a hinged door (I did say sophisticated, didn’t I?)  Bladderwort victims trigger a surface hair and are literally sucked into the bladder, to be quickly digested.  Finally, “Lobster-pot” traps, as in corkscrew plants, remind me of the Eagles’ Hotel California: thanks to their inward-pointing bristles, “you can check out anytime you want, but you can never leave”.

Like my regret-I-saw-them movies, research on carnivorous plants should’ve stopped with the trapping mechanisms.  Unfortunately, I kept reading and there’s more.  Creature Features take note – these little guys are evolving.  Pitcher plants used to get flooded by rain (compromising the digestion process), so they developed a flared leaflet to cover the opening.  Sundews developed tentacles, which along with the flypaper help to trap their victims.  Even more disturbing, larger sundews developed a symbiosis with a species of assassin bug.  The bug eats the trapped insects while the sundew subsists off the insect feces (team effort!)  Finally, some versions of monkey cups (which contain pitfall traps) consume small mammals and reptiles.  Would you like another pause to consider that last bit of carnivorous plant trivia?

Carnivores are defined by just two characteristics.  They must exhibit an ability to attract, capture, and digest their prey; and, they must be able to absorb nutrients from the dead prey and gain a fitness advantage from those nutrients.  Hello, War of the Worlds human-harvesting Tripods.  Hello, exotic-but-pernicious Flytraps.  Maybe I should consider moving to Antarctica?  It’s the only continent on the planet where carnivorous plants cannot sustain themselves. 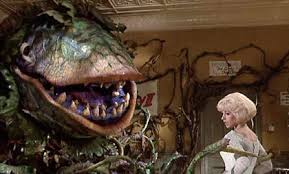 I know what you’ve been thinking since the very first paragraph.  “Dave, the perfect regret-I-saw-it movie for you is Little Shop of Horrors.”  No thank you, good reader.  I’m familiar with the Shop plot, and Audrey the Venus Flytrap sounds like a full-sized combo-nightmare of everything I’ve described above.  On that note, uh, hang on.  I should check my kitchen window Flytraps.  I swear they look a little bigger than the last time I checked.

2 thoughts on “Venus and Her Deadly Sisters”