Last week as I was buying lottery tickets, it occurred to me that very few transactions require payment by cash these days. Perhaps you still buy your newspaper at the street corner box.  Or you feed the parking meter with coins, even though most meters now take credit.  Maybe you still throw coins into the bridge toll basket just because it’s fun.

My family and I were in New York City this past weekend and I was quickly reminded that cash is a necessity in the big city.  Specifically, I’m talking about tips.  “Tip” is a word that supposedly originated in the 17th century, and somewhere along the way it was more elegantly referred to as a gratuity.  But sometimes I question how elegant the practice of tipping really is. 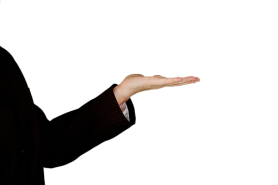 When my family and I arrived at our mid-town Manhattan hotel last Friday, I found myself tipping three people inside of fifteen minutes.  The cabbie, the curbside bellman, and the valet (who helped us with our bags and refused to step aside until I “greased his palm”).  In my book, a gratuity is a gesture of recognition for a job well done; a service that went above and beyond what you had in mind.  Nowadays however, tipping has reduced itself to more of an expectation.

Case in point.  That New York City cab ride was nothing more than a lift from Point A (airport) to Point B (hotel).  The cabbie did not say a word the entire time, when in fact he could’ve joined in the family conversation or at least pointed out the city sights as we passed them.  When we arrived at the hotel, the cab’s credit card machine allowed me the gratuity options of 20%, 25%, and 30% (nothing lower), and the cabbie actually complained about my choice of 20% for a large party.  I suppose you could decline all of those options and hand over less cash instead (which is what the cabbie’s sour attitude deserved).  Regardless I felt manipulated, as if the tip was mandatory instead of voluntary.

Americans would be surprised to learn that tipping is not a common practice outside of this country.  Canada and a few locales in Europe promote the practice, but otherwise the world’s countries don’t expect tipping and in some cases discourage it.  I find it interesting that tipping in the U.S. supposedly started in the Prohibition Era, when business owners reluctantly promoted tipping as a means of supplementing their employees’ wages at a time of lost revenue.  But again, the spirit of tipping in those days was for recognition; not as an expectation.

When I was in sixth grade, gratuity showed up on the weekly list of spelling words.  A few days after, a friend and I found ourselves at a local snack bar; the kind where you order at the counter and take your tray to a dining area.  After finishing our food we realized we could be “cool” and use one of our spelling words.  We left a $10 gratuity (virtually the same amount we spent on our snacks), then went to the corner of the dining area where we could watch the person who clears the trays.  I remember that person looking around as if someone had forgotten their cash.  I also remember the lecture from my friend’s mother a few hours later.  That verbal smack-down – fully deserved – included something along the lines of not understanding the meaning of our spelling words, and clearly not understanding how long it took our fathers to earn $10.  Whoops.

Here’s a little tip for you – ha.  The next time you dine at a restaurant or have your hair done, or receive some other service that asks for a little recognition, ask yourself the following:  Was the experience beyond expectation?  Did the person go out of their way to make the meal or the service a little more meaningful?  If yes, then the inevitable gratuity will be given in the spirit it was intended for all those years ago.